As 2018 goes into the books, I’d like to thank all of you who have helped make AAN a success this year: From our hosts at the Portland Mercury and Willamette Week for hosting a fantastic Digital Conference in February, San Diego CityBeat for hosting one of the most well-reviewed Annual Conventions in recent history (SurveyMonkey says so, so it must be true), C-Ville Weekly for hosting our recent Publisher’s Conference in Charlottesville, and the many of you who have helped lead conference roundtables, organized our monthly digital revenue conference calls, and volunteered your (ever-shrinking) time with helpful responses to questions by your colleagues on the AAN listservs. This sense of shared mission and AAN members’ eagerness to help their peers never ceases to astound me. It’s why despite the loss of some of AAN’s storied publications in recent years, I remain hopeful for our future because I see firsthand everyday that the spirit of AAN is alive and well.

Last month in Charlottesville, twenty publishers from AAN papers across the country (and Canada!) gathered and engaged in a two-day-long conversation about the state of their businesses (both the good and the bad), exchanged ideas and tips for improvement, and had a healthy debate about how to navigate the current media landscape.

This was the third Publishers Conference we’ve held with the goal of offering a forum for a guided conversation among peers, with less emphasis on presentations from outside speakers, and the response from the publishers in attendance has been overwhelmingly positive each year.

This sentiment echoes the survey responses from Portland and San Diego, which by and large say that you gain the most when you have the time and space to talk among your colleagues at other AAN publications.

That’s why we’re allotting more time for this during the Winter Conference in St. Petersburg in February. We’ve added more time for roundtables, are placing more of an emphasis on sharing success stories from across AAN, and plan to facilitate the types of interactions that seem to be most beneficial.

This doesn’t mean we’re forsaking outside speakers, far from it. It just means that we’re placing more of an emphasis on quality vs. quantity when it comes to presentations for this conference.

Some of these speakers include Christina Shih from the News Revenue Hub, who has been on the front lines of helping news publishers raise money through subscription/membership programs and has collected an array of data showing which methods work most successfully. Sarah Whitmire works as social media editor across McClatchy’s properties, and has meticulously compiled data on how Facebook’s early-2018 algorithm change has affected newspapers large, middle, and small – and how they have adjusted to the changes – which she will share with AAN. One of North Carolina’s most intrepid investigative reporters Mandy Locke will lead an investigative reporting workshop. And Hanna Raskin – James Beard award winner and former food critic for the Dallas Observer and Seattle Weekly – will lead a panel on food writing in the age of Yelp.

We’ll announce more speakers in the coming weeks, but just know that this will be a conference unlike our previous winter conferences (The Conference Formerly Known as AAN Digital). Please try to book your flight now before airfares rise, and make sure you register before the early deadline of January 7 before the registration rate increases!

And in case you needed one last incentive, our host hotel is literally on the beach. Hope to see you there, and thanks again to all of you who continue to make AAN the best community that exists within the journalism industry. 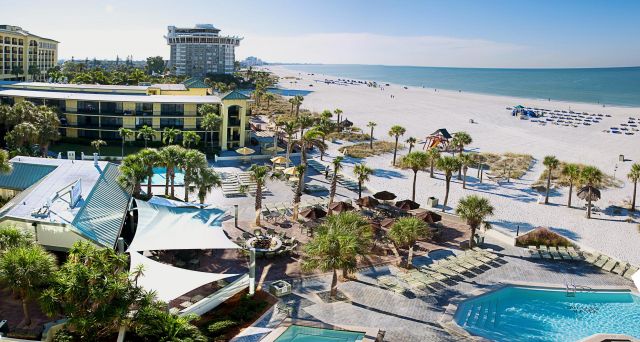 Additional news and notes from AAN and beyond: